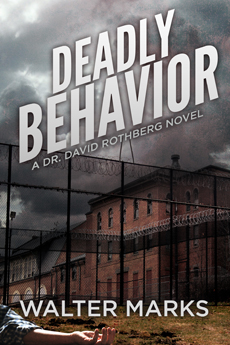 "Deadly Behavior" is Book 2. in the Dr. David Rothberg series. Although it is a sequel to "Dangerous Behavior" it can be read as a stand-alone novel.

Victor Thomas Janko, the infamous "Baby Carriage Killer" has escaped from the Vanderkill Prison Hospital where David works as a psychiatrist. David feels responsible, since Victor was his patient, and he was unable to pick up on Victor's intention to escape. David's guilt is exacerbated when Victor goes on a killing spree after he goes free. "Deadly Behavior" follows two stories — one is the events that take place in the escaped inmate's life, and the other is David's determined pursuit of the killer in order to bring him to justice. In the end, the two stories come together in a climax of shocking violence.