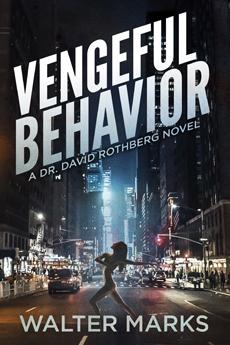 Through his dedicated and passionate work, Psychiatrist David Rothberg has helped many troubled people. But at the same time, he has also engendered hostility and anger in others.

In "Vengeful Behavior" three separate individuals have nursed an anger towards David that has risen to the point where they want to kill him. The psychiatrist is unaware of these threats of revenge, but one by one, he is forced to confront them and fight back. It is a daunting and terrifying battle.