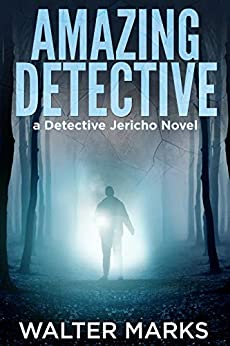 “The discovery of a body on a Long Island beach leads a detective into a complex murder investigation with possible ties to drug trafficking…An entertaining mystery with an engaging hero and deftly handled plot twists.”—Kirkus Reviews

Praised by the East Hampton Star as an “amazing detective” for his expertise in crime-solving, Jericho is hard-pressed to live up to his reputation, by two separate cases. One is a homicide, involving a corpse found buried near a hiking trail in Montauk. The other deals with the complex interactions of competing sinister and violent drug cartels. Jericho comes face to face with homicide, gang wars, human trafficking, immigration issues, and racial tensions. Things come to a boiling point in this twisty story until the life of the amazing detective himself is in serious jeopardy. As in all Jericho novels, the ending is shocking and unexpected.