The Battle of Jericho (The Detective Jericho Series Book 2) 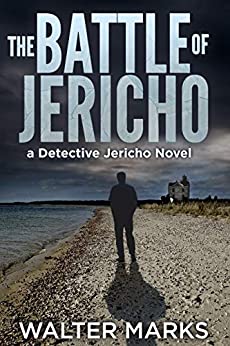 Still reeling from the breakup of his last serious relationship—with a woman he investigated who was suspected of murdering her husband for his millions—Jericho must tackle a truly odd case. A severed foot has washed ashore from Block Island Sound, with only a partial tattoo and an unusual nail polish on its toes as clues to the owner’s identity. After the papers report the gruesome find, 16-year-old Aaron Platt takes advantage of the revelation to send the police a taunting letter (“Something’s afoot. Foul play?”), further complicating the inquiry.

Later, wealthy Sanford Richman reports his wife Ann missing, shortly before her severed foot turns up on another beach. An attractive junior officer, Maria Salazar, provides a welcome romantic distraction. Readers should be prepared for a shocking ending.”